Multiple sclerosis (MS) is a demyelinating disease in which the insulating covers of nerve cells in the brain and spinal cord are damaged. This damage disrupts the ability of parts of the nervous system to communicate, resulting in a range of signs and symptoms, including physical, mental, and sometimes psychiatric problems. Specific symptoms can include double vision, blindness in one eye, muscle weakness, trouble with sensation, or trouble with coordination. MS takes several forms, with new symptoms either occurring in isolated attacks (relapsing forms) or building up over time (progressive forms). Between attacks, symptoms may disappear completely; however, permanent neurological problems often remain, especially as the disease advances.

Systemic lupus erythematosus (SLE), also known simply as lupus, is an autoimmune disease in which the body’s immune system mistakenly attacks healthy tissue in many parts of the body. Symptoms vary between people and may be mild to severe. Common symptoms include painful and swollen joints, fever, chest pain, hair loss, mouth ulcers, swollen lymph nodes, feeling tired, and a red rash which is most commonly on the face. Often there are periods of illness, called flares, and periods of remission when there are few symptoms. 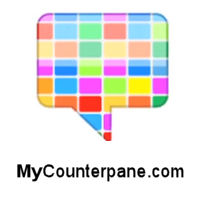